This morning Paul decided to "cuddle the sofa." So he did. And I took a photo of it (the first photo, below). He's quite a silly boy, but that's part of his charm.

After a hearty breakfast of a banana, an orange, a bowl of cereal, two hot cross buns and some crisps (potato chips, for any Americans reading) and three glasses of juice (for Paul) and a bowl of cereal and two mugs of tea (for me), we set off to a nearby playground. Paul had loads of fun on the various equipment there (as seen in the second and third photos). And the view was quite nice as well.

Unfortunately, it was quite windy and far too cold to spend very long outside, so we started walking back after about 45 minutes. On the way, we stopped off at a nearby shop and Paul picked out some snacks and a toy motorbike to help keep him busy for the rest of the day.

Allen, one of the people from HAFS, stopped by unexpectedly this afternoon to show one of the youths around the caravan. Autistic people are different from you and I in that unfamiliar places really makes them uneasy and stressed. Sometimes, allowing them to walk around and explore an area before they stay there overnight (or even for a day) can help them cope with the change.

At the moment, Paul is in the shower playing with an assortment of beach buckets and spades. He's having fun, so as long as he doesn't flood the bathroom and get water all over the floor, it's all good.

Tomorrow we will either go swimming or go to the cinema. It all depends on the opening times and what mood Paul is in. 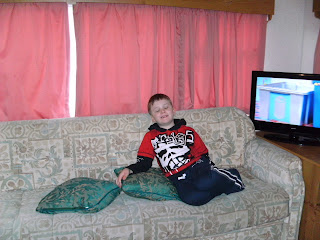 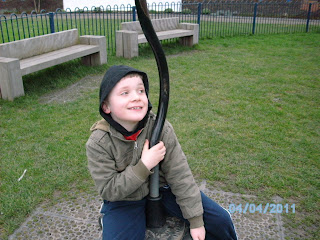 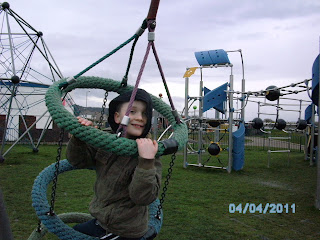 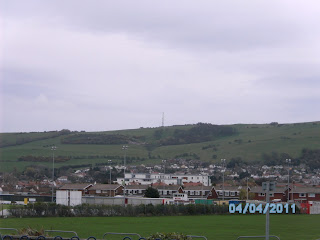