We're back home now. Our week away was nice and relaxing, but it is good to be back home. Paul was missing his roller coaster and water slide videos and I was missing drawing!

Yesterday we went to the arcade where Paul played on several games and we won, as a friend calls it, lots of "useless tat." But it was all fun and maybe some of it won't be completely useless, hehe. After the arcade, Paul ran off some of his boundless energy at the playground, which is conveniently located just outside the arcade. It was such a nice day, with temperatures in the 70's, so we went for a walk along the beach before walking back to the caravan for supper.

I have lots of photos to share of our last day so I will be making two blog entries. This one, which has photos of Paul in the arcade and playground and a photo of the "tat" and one which will have all the photos of the beach.

The next week is going to be busy with housework and "normal" life, but since Paul is out of school and has at least one special day planned, I will try to get more photos up here before school starts again. 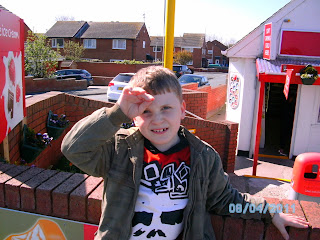 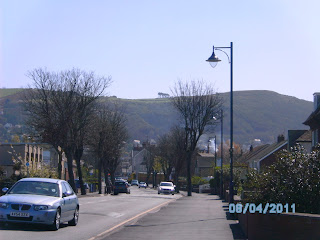 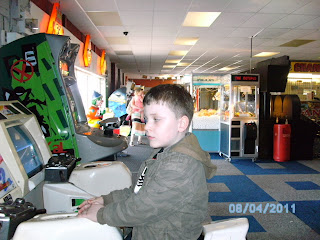 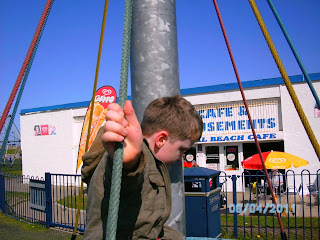 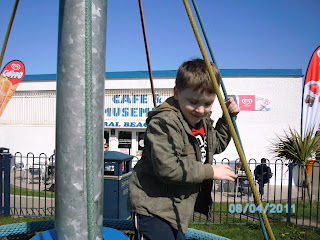 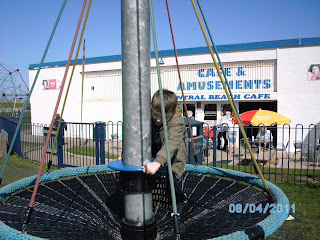 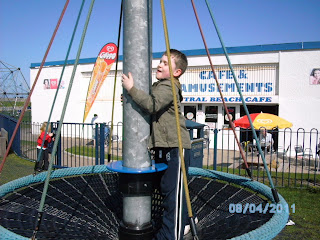 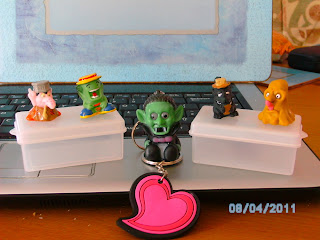