Activia Pouring Yogurt Review: It's Not For Tea!


It all started when I signed up to the BzzAgent campaign for Activia Pouring Yogurt on the BzzAgent website. A few weeks later I received the campaign pack through the post. The above video shows exactly what was in the pack.

There are three different flavours of Activia Pouring Yogurt: Strawberry, Vanilla, and Natural. Wanting to make this review as accurate as possible, I bought one of each flavour.

Before trying out the recipes I had found, I wanted to try some more 'traditional' ways (and one not so traditional way) of using the yogurt: drinking, in tea, and over cereal. The first two of these I documented in a video on Youtube.


The cereal test was done off camera using three small bowls of cereal containing three tablespoons of malted wheaties. Each flavour of yogurt tasted quite nice with the cereal with the vanilla being my favourite flavour.

Next I tried baking. My first experiment was homemade scones, substituting half of the milk with strawberry pouring yogurt. They turned out really nice, tasting fantastic warm with butter. 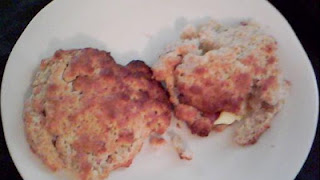 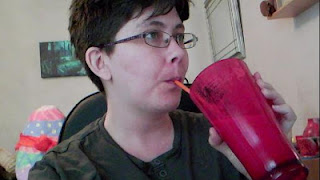 My final experiment was meant to be sourdough bread using the natural yogurt as part of the starter. Alas, the starter didn't ferment properly. I'm not sure about the reason why. It could have been that the yogurt kept the starter from fermenting or it could have been stored at too cool a temperature. Not wanting to totally give up, I made a loaf of bread using the natural yogurt in place of water. The results were wonderful; unfortunately I wasn't able to take a photo of the finished loaf as it was eaten before I could find my camera!

Overall, the product is a very nice addition to your daily diet. The strawberry and vanilla flavours go really well over cereal, in baking, and as a drink on their own. The natural flavour is great for lots of different recipes - curries, dips, smoothies, bread and on it's own if you like the taste. The natural flavour is also best if you're watching your sugar intake as it contains the least amount of sugar of the three flavours. I think this product will be used quite often in my kitchen, if not every day. Just not in tea!
Posted by Unknown at 15:50